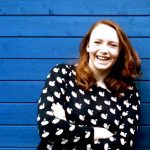 From the Highlands of Scotland, Emma has been playing the violin and piano since the age of 8. She has a first class honours degree in music from the University of Edinburgh, where she was leader of the three main student orchestras. Since graduating, she performs regularly with orchestras such as Mahler Players and Amicus Orchestra, and her neo-trad fiddle and clarsach duo, Turadh. She is a founder member of the Fyrish String Quartet and the Hans Gàl Piano Trio  She has also worked with Scottish Ballet, and had her debut concerto performance with the Highland Chamber Orchestra this year.

Emma is experienced in teaching a variety of different styles on the piano and violin, particularly classical and Scottish folk music. Lessons are taught in a relaxed and fun environment, focussing on the student’s musical enjoyment.

Emma is currently fully booked – if you’d like to be added to her waiting list, please get in touch via email. 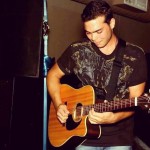 Harry is a highly experienced professional guitarist with a wide and extensive knowledge of the music industry. During his youth, he lived in several different countries throughout Europe and the Middle East. He attended music college in London before returning to Qatar to work as a music teacher for several years.

More recently, Harry has been travelling throughout the US and Australia working as a full-time musician. This has included managing and successfully financing a tour of the east coast of Australia.

Harry loves rock, blues and jazz, and will delight you with his playing and teaching style.

Harry is currently fully booked – if you’d like to be added to his waiting list, please get in touch via email. 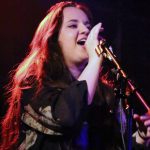 Singing since the age of eight, and playing the trumpet since age ten, Lesley has experience in many music styles in both instruments, from classical to rock. Lesley has performed with the National Youth Choir of Scotland for many years, her highlight being a performance at Proms in the Park. She plays the trumpet and sings in bands who regularly play in various venues and festivals across Scotland. She is also a member of the Edinburgh College Big Band, who play the Jazz Bar regularly.

Lesley has a First class BMus (Hons) degree from Kingston University in partnership with Edinburgh College. Lesley is also skilled in mixing and recording and works freelance on this aspect of her music. Lesley’s music taste is extremely varied, her passions lie in jazz, blues, classical, soul and funk but she has experience of teaching vocals and trumpet in a vast range of styles and very much enjoys working in all genres – concentrating on the personal tastes of each pupil and making the lessons of utmost value to them.

To book a lesson with Lesley get in touch via email. 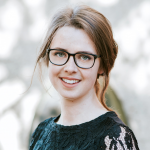 Born and raised in the North East of Scotland, Georgina has recently graduated with a first class degree in music from The University of Edinburgh. During her studies, she was actively involved in the musical life and many of the ensembles at the university, taking on both leading and managerial roles and regularly performing solo and chamber recitals. Her musical journey has been diverse and rewarding and she enjoys playing and teaching both traditional and classical music. Her experiences playing with orchestras across Scotland have included a tour to China in 2015 and an appearance at the BBC Proms in 2016 with the National Youth Orchestra of Scotland. She currently performs with the newly established Nevis Ensemble – Scotland’s Street Orchestra – and is also a founding member of the Edinburgh based Sedici String Quartet.

With over 4 years of private instrumental teaching, Georgina finds such great pleasure in sharing her love of music and inspiring young musicians at the start of their musical journey. Georgina has also worked as an orchestral assistant for Angus Council’s Instrumental Service and has experience assisting arts workshops in many different forms and contexts. When she’s not playing music, you’ll probably find her hiking up a hill.

To book a lesson with Georgina get in touch via email.